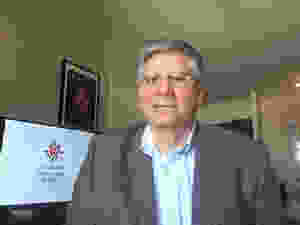 With the election a mere five weeks away and Americans already casting ballots, we reached out to Indian Country Today editor Mark Trahant to chat about the 2020 election and what it means for Indian Country and Native American, Alaska Native, and Native Hawaiian candidates. Trahant has followed the Native vote closely for many years, including in the historic 2018 elections. Indian Country Today has great coverage of Native issues and the candidates running for office. On election night (November 3), they will broadcast live as the results come in, and will also share interviews from across the country. Check out www.indiancountrytoday.com for more information and to tune in starting at 10 Eastern. Some local public television stations may also use their broadcast, so look at your local listings to find out if their coverage is available.

In addition, Trahant has a chapter on the significance of Native women in Congress, in Indian Country Today’s first annual book highlighting the top indigenous news stories from 2019, now available for purchase on Amazon.

The interview has been edited for clarity and brevity.

NCAIED: 2018 was a historic year for Alaska Native and Native Candidates, including Deb Haaland and Sharice Davids. How does 2020 compare to 2018?

Mark Trahant: We have a real shot to double the number of Natives in Congress. There are 14 Native candidates right now. In fact, in the race for Hawaii’s 2nd Congressional district, the Republican, Democratic, and third party candidates are all Native Hawaiian. In Oklahoma’s 2nd District, we’re seeing a Native vs. Native race for the second straight cycle, and that could be becoming the norm for that district (note: incumbent Markwayne Mullin, who is Cherokee, is running for re-election). The one to watch going forward is Arizona’s 1st District, where it is a matter of time before there is a Native candidate. The district is now about 24% native and only growing.

One thing that is different this time around is folks running in unusual places. We had that in Sharice Davids last cycle (in Kansas), but now we have Darren Parry, running in Utah of all places. Another interesting state is Idaho, where two major candidate – one for the 1st Congressional District and one for the U.S. Senate (Paulette Jordan) are Native. That’s a tough state for Democrats, though.

We tend to focus on winning and losing, but really there’s a broader issue in that when you see a Native candidate perform really well, whether they win or lose, it changes people’s perceptions of Native peoples and Native issues. Instead of seeing someone who’s always in conflict, here is a professional who is trying to win my vote as other professionals are, and I think that’s really important.

NCIAED: Any one Native candidate that you think is most likely to win?

Mark Trahant: Tricia Zunker in Wisconsin 7 has a real shot. Wisconsin is a state that will be very much in play (at the Presidential level), so turnout is everything. She didn’t do well in the first round (in 2019) but that was a special election, so it’s really hard to see how this one is going to go.

NCAIED: The conventions happened a few weeks ago, and both the DNC and RNC featured Native speakers. Do you recall seeing such prominent participation from the Native American and Alaska Native community in past national party conventions, or is this a new development?

Mark Trahant: It turned the dial up a long way, to 11. It was really significant in how broad it was, with both the rotating keynotes and the roll call of the states. It was very inclusive across the board for Indian Country.

This is true for Republicans, too. I know having only one Native American there might not seem like very much, but for the Republicans it’s a big deal, especially in a primetime spot. I don’t remember that happening in recent years.

I should mention that the Democrats have followed up with the committee work from the DNC and have had several similar, very inclusive initiatives on women’s issues, violence against women, and Native issues. These included Native representatives including Rep. Ruth Buffalo from North Dakota.

NCAIED: Beyond the candidates running for office, where is the native vote most likely to be decisive in the outcome of the race – for the Presidential, House, and Senate races?

Mark Trahant: The three big ones are Arizona, Wisconsin, and Minnesota. All of those states are going to be within the margin where the Indian vote could be determinant. Especially in Arizona, which is a state that has been red for so long but in the last Senate race turned blue, and there’s a real shot at the state turning significantly blue. And that will be dependent on the Native vote. Wisconsin is a similar story. It is a state that President Trump won last time.

Indians always tend to do much better in presidential year turnout anyways. 2018 was a record, but it still didn’t match a presidential year in turnout. It will be interesting to see this time if there is both that passion and the actual turnout.

NCAIED: What is a typical turnout in a presidential race for Native Americans and Alaska Natives? Relative to the rest of the population, is it better, worse, or about the same?

Mark Trahant: It depends. In Montana and New Mexico, Native American turnout exceeds the general population, but in other states it lags. Probably the lowest turnout would be Alaska. Alaska is really a paradox. In Montana, the [number of Native American members in the] state legislature has parity with the population; the legislature is 7% Native and the electorate is 7%. If you look at Alaska, it should be 20% and the Alaska legislature is more like 5%.

NCAIED: Is that a result of the difficulties of voting in the remote Alaska Native villages?

Mark Trahant: That and districting. The districts are terrible. That is why the Census is so important. Aligning the districts with the way people vote alone could change the outcome.

NCAIED: Are there any state or local races that aren’t getting national attention but that you are watching closely and that might have some broader implications for Indian Country?

Mark Trahant: One that is interesting is Jackie Fielder in Northern California, running for state senate. She is Lakota and has run a very smart campaign. California has a top-two primary so I think there are two Democrats running against each other in that district, so it will be interesting to see how it plays out.

Oregon could double the number of legislators with two and I think both of them have a shot. State Rep. Tawna Sanchez was the only one last time, this time it could go up to two.

Alaska is going to be interesting for another reason. It’s not straight party politics in Alaska. The state House was a combination of Democrats, Republicans, and independents (with the Speaker Bryce Edgmon, who is Alaska Native). In the primaries, Republicans went after their members who caucused with Democrats. Now it’s a question of, do you want Republicans who will play well with Republican leaders or another candidate who will play with the Democratic leaders? And that’s going to be interesting to watch.

NCAIED: How does this election compare to past elections for Indian Country?

Mark Trahant: There are really different views of the world at play right now. You have to go back to the Civil War to see this kind of division in the United States, and Indian Country is right in the middle of it.

One of the things that I think will probably happen is, no matter who wins, there’s going to be really dramatic changes in governance structure, partly because of the pandemic and partly because folks are really tired of the inability of either side to govern. That could mean things like the end of the filibuster, to changes to the way committees are assigned, and all sorts of things.

NCAIED: There’s been lots of attention on social justice, particularly through the Black Lives Matter movement, over the last few months. We’ve seen a movement in Indian Country, too, with the Washington Football Team finally dropping its name. Do you see that playing out on the campaign trail with native candidates? Are Native voters demanding to hear more about these issues?

Mark Trahant: It’s definitely part of the conversation. How it plays out I think is still to be determined, but folks are talking about it in a new way.

Campaigning is so different this year. I spent the afternoon with State Rep. Shane Morigeau who is running for State Auditor of Montana (note: Rep. Morigeau was honored as a 2019 recipient of the National Center’s 40 under 40 awards), and it’s Zoom to Zoom to Zoom. They’re actually doing a rally where people will drive up in their cars and listen to the speaker on the radio in order to stay safe.

One thing to watch will be the early vote. Arizona dropped ballots this week. Make sure to get your ballot early – and vote early!

NCAIED: We hear a lot about the current challenges of voting during a pandemic. How do these issues affect the Native vote? Are there unique challenges in Indian Country that may not be present in other parts of the Untied States?

Mark Trahant: It’s hard to think of another population that is so reliant on the Post Office. P.O. boxes are the way of the world in a lot of reservation communities. It’s a small, but important, number of people who live far away from a Post Office – it may involve a 20- or 30-mile drive. That and having multiple families in one house, a lot of people worry about having a mail election because it’s just not as convenient.

That being said, tribes in Washington have done pretty well with vote by mail (note: Washington State has long conducted its elections almost exclusively by mail), so there is a track record. A lot of the activists I’ve talked to are spending a lot of time educating people on how to make vote by mail work. The ideal would be if it was vote by mail plus other things; drop boxes and early voting stations in some combination that would be effective to get the most people to vote.

NCAIED: Anything else you want to add?

Mark Trahant: I was lucky enough to know Helen Peterson, longtime executive director of the National Congress of American Indians. As early as the 1950s, her writing for the American Political Science Association was focused on engaging the Native vote. She assisted her colleague at the time, the chairman of the Coeur d’Alene Tribe, in running for the Senate in 1964.

Point being, there is a long arc of trying to engage in politics. It’s not something new, but at every level it keeps getting better and better and you see the point where the idea of parity—of actually having a voice that’s equal to the population—gets closer and closer. We have a chance to achieve that in the U.S. House in this election. 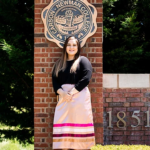 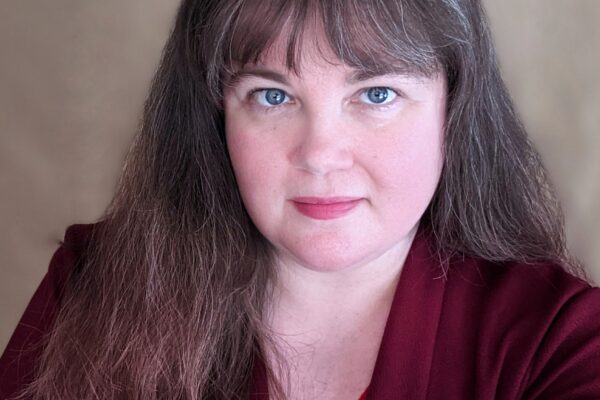 Jessamyn Tracy Joins The National Center as a Project Director